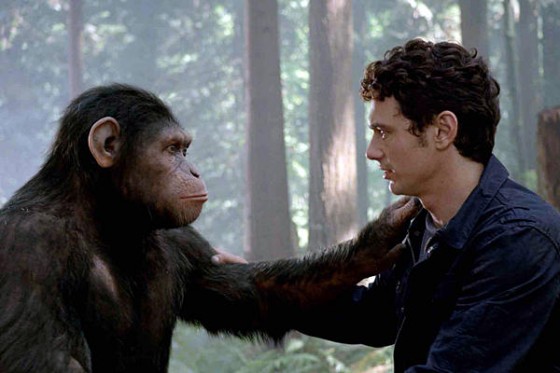 Rise of the Planet of the Apes continued to dominate the box office this weekend, although it had much closer competition than last weekend.  Apes took in another $27.5 million, a 50% drop from last weekend but it’s over $100 million.  The Help was the close second place with $25.5 million, although it was released on a Wednesday and so it made $35.4 million in total.  The Help’s opening was at the higher end of the “female focused movies based on a book” genre.  Final Destination 5 had one of the worst openings in the franchise with $18.4 million, worse than Final Destination 4’s opening of $27.4 million, despite better reviews.  Smurfs went to fourth place with another $13.5 million.  30 Minutes or Less rounded out the top 5 with $13 million.  Ruben Fleischer’s last movie, Zombieland, had a more impressive opening of $24.7 million.  The other new release, Glee: The 3D Concert Film, was a disaster making only $5.7 million and selling only 500,000 tickets and coming in eleventh place.