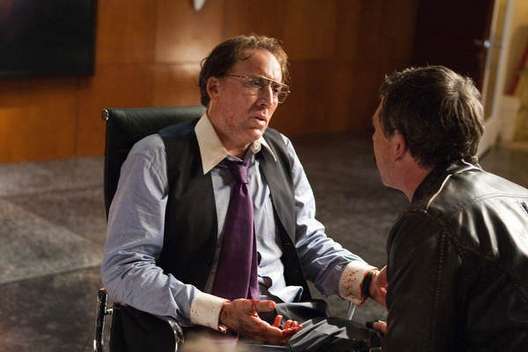 Something that we always have to talk about here at Everything Action is the latest from our favorite lunatic actor, Nicolas Cage.  After Season of the Witch and Drive Angry 3D this year, Cage’s next movie is the home invasion thriller “Trespass”.  Cage plays rich businessman Kyle and Nicole Kidman plays his wife Sarah.  Kyle has apparently been staked out for weeks by a gang of thieves and they break in and hold the family hostage to get into their safe.  Sarah has a past relationship with one of the thieves and things get crazy quickly.  Trespass is directed by Joel Schumacher, who directed one of the worst movies ever in Batman & Robin but also directed movies like Falling Down, Phone Booth and The Lost Boys.  It doesn’t look like anything too original but here’s hoping for Nicolas Cage going crazy at the end fighting off the thieves.  Check out the trailer below and the movie is out this October.