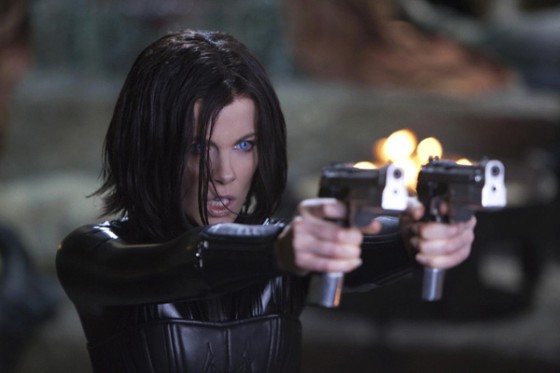 One of those franchises that continues to live on for apparently no reason is the Underworld series.  The first two were incredibly stupid but had sort of a Matrixy stylishness and Kate Beckinsale in tight leather, so they were sorta fun.  I haven’t seen the third one but it’s apparently not good.  For the fourth movie, Kate Beckinsale is back as the vampire Selene, who has been locked in some sort of cryo stasis for 12 years but escapes to find a futuristic world where humans have discovered the existence of both the vampires and lycans and are trying to exterminate them.  If you threw zombies into this series it would probably be indistinguishable from the Resident Evil series.  The movie is out this January and you can check out the trailer below.

The War Between Lycans and Vampires Continues in Underworld: Blood Wars (Trailer)