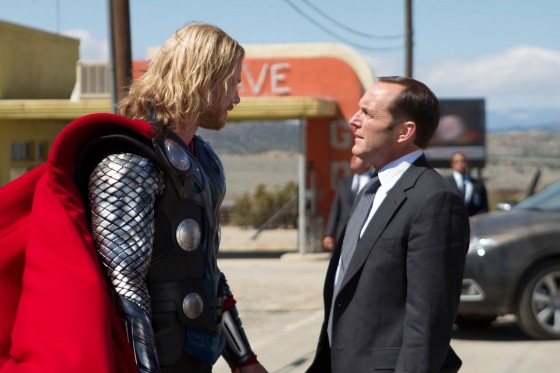 Appearing on the Thor DVD that will be out in a couple weeks is the first of what Marvel says will be a bunch of short films on their upcoming DVDs and possibly in front of future Marvel films in theaters.  This first one, entitled “The Consultant”, features SHIELD Agent Coulson (Clark Gregg) as he schemes to figure out a way to keep the Abomination in the custody of General Ross, even though some government higher ups want him pardoned and placed on The Avengers.  It’s pretty quick, but it’s a cool extra to Incredible Hulk and the other Marvel films.  You can check out the short below.

Know Your “That Guy”: Clark Gregg