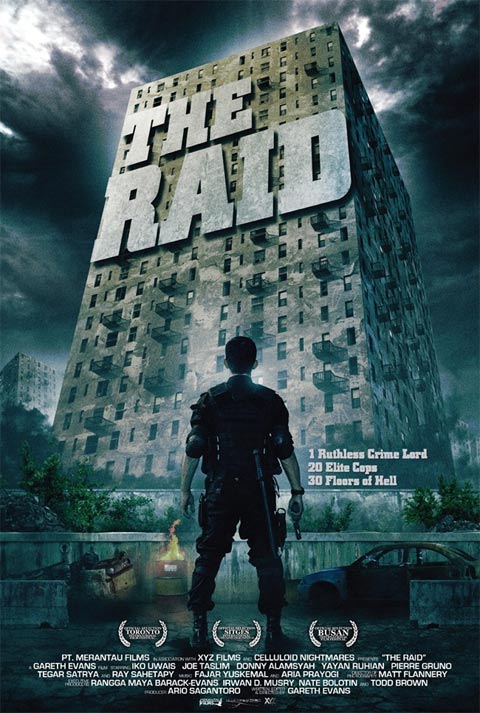 Debuting today at the Toronto International Film Festival was the Indonesian action film, The Raid and is being called by many critics as one of the best action movies of the last couple years.  The Raid follows an elite SWAT squad as they conduct an early morning raid to take down a vicious drug lord, who controls an entire 30 story apartment complex.  The squad has to fight floor by floor to reach their target and, judging from the trailer, they have to endure some brutal looking shootouts and hand to hand combat.  It looks pretty damn awesome and luckily Sony has picked up the US rights and also tasked Linkin Park’s Mike Shinoda to make a new score for the movie.  Star Iko Uwais is also drawing a number of comparison to Tony Jaa in terms of martial arts prowess.  There’s not a firm release date for the movie but you can check out the red band trailer below.