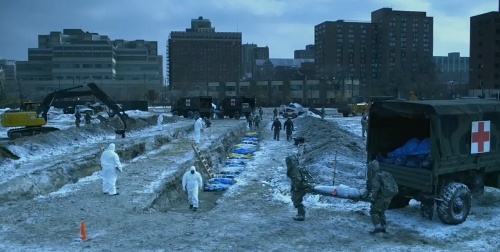 Our long national nightmare is finally over as The Help was finally ousted from the number one spot at the box office this weekend for the actual nightmare that is Contagion.  Helped by it’s star studded cast and director Steven Soderbergh, Contagion easily took the number one spot with $22.4 million.  The Help moved down to second place with $8.9 million.  The other well reviewed movie of the weekend, Warrior, took third place with $5.2 million, slightly disappointing compared to other recent similar movies like The Fighter and Fighting.  The Debt and Colombiana rounded out the top 5.  Far, far down the rankings were the other two new movies, Bucky Larson and Creature.  Both were incredible bombs with Bucky Larson barely making $1 million and getting beat by The Smurfs in it’s seventh week and Creature was one of the worst openings of all time with $327,000, which averages out to about 6 people a screening and placing it in a devastating twenty ninth place.  There are 5 more movies coming out this weekend, including the re-release of The Lion King and the highly anticipated Drive.  Can either of them beat Contagion?