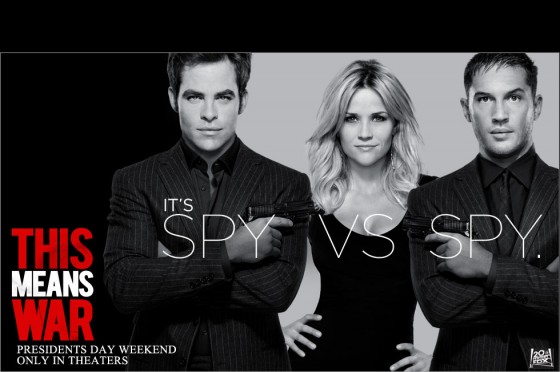 Tom Hardy and Chris Pine are best friends and the best spies in the CIA when they find out they are both dating the same woman (played by Reese Witherspoon).  Hijinks ensue when the two use the various tools in their spy arsenal to sabotage each other.  The movie is directed by McG of Charlie’s Angels and Terminator Salvation “fame” and is out next February.  It seems to me like McG took that middle part of True Lies where Arnold uses all the resources of his secret spy agency to spy on Jamie Lee Curtis because he thinks she’s cheating on him with Bill Pullman and decided that concept could sustain an entire movie.  It looks like there might actually be some fun spy action with Pine and Hardy on the positive side. I’m not sure what’s going on with this recent trend of action/romantic comedies like Killers, Knight and Day, The Bounty Hunter, etc. but it’s going to continue into 2012.  Check out the trailer below.