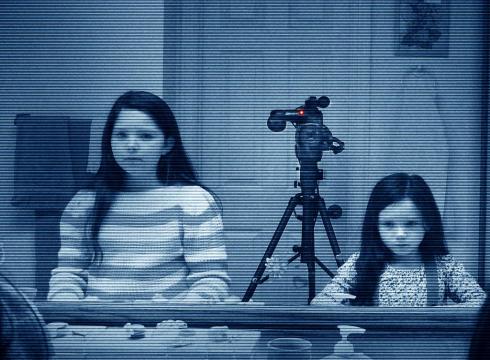 Surprising absolutely no one, the latest Paranormal Activity movie completely dominated the box office with a total weekend opening of just over $54 million, up $14 million from PA2’s opening last October.  It’s the highest ever opening for the September/October period as well, a title previously held by Jackass 3D.  Second place went to Real Steel, which made another $11.3 million while third went to Footloose with $10.9 million.  One of the other new release, The Three Musketeers, took the fourth place spot with a middling $8.8 million, which is a worse opening than the last Musketeers related film, 2001’s The Musketeer, which made a little over $10 million. The Ides of March rounded out the top 5.  In other box office news, the rest of the world apparently loves Johnny English Reborn but America could care less as the second movie in the series only made $3.3 million over the weekend.  The only other big movement was from The Thing, which absolutely nosedived, going from third place last weekend to ninth place this weekend, probably because Paranormal Activity stole all the horror fans.  It’s a tough call this weekend whether PA3 will stay on top because it is Halloween weekend but there are some potentially strong competition like Puss in Boots and the Johnny Depp starring The Rum Diaries.