Burn Notice made it’s mid-season return this past week and introduced a new recurring villain in Anson Fullerton (played by Jere Burns), who it turns out *spoilers* is the mastermind behind the entire organization that burned Michael.  In honor of this, I thought it would be fun to take a look at some of the other recurring villains who have been a thorn in the side of Michael, Sam, Fiona and, to a lesser extent, Jesse over these past five seasons. 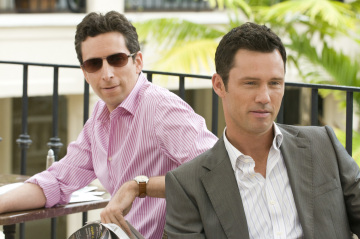 Tom Strickler appeared in season 3 as a slimy “Agent to the Spies” who claimed that he had numerous contacts that could help Michael make his way back into the CIA.  Strickler gets Michael to do a number of jobs for him and is constantly trying to woo Michael into becoming a full blown mercenary, giving him expensive gifts and dangling the promise of money and power in front of him.  Michael, of course, refuses all of Strickler’s other offers, demanding just to get back into the Agency.  Strickler eventually ups his recruitment of Michael toward the end of Season 3 by arranging for Fiona to be kidnapped by one of her enemies from Ireland, claiming that she was holding Michael back from his true potential and angrily declares that Michael is nothing without him.  Michael quick draws a gun from his back and shoots Strickler dead, eventually using the body to get Fiona’s kidnappers arrested for murder. 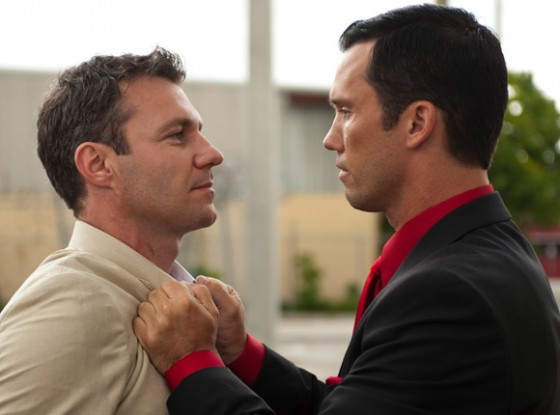 Transitioning nicely from Strickler is psychotic, former MI6 agent Mason Gilroy, now full time assassin and mercenary.  After Michael kills Tom Strickler, Gilroy is hired to eliminate Michael’s CIA contact in Miami and then anonymously taunts Michael over the phone.  Michael is able to piece together who Gilroy is through Gilroy’s bragging about the various crimes he’s committed all over the world.   Michael also learns that Gilroy’s mission in Miami is to help break out a high value prisoner from a transport plane that will be flying into Miami.  Michael convinces Gilroy to let him help with the operation, in an effort to stop it, but both Michael and Gilroy learn that they were being played by the mysterious organization that burned Michael after Gilroy is betrayed by the prisoner (who is eventually revealed to be another burned spy named Simon whose horrible record was falsely turned into Michael’s record and got him burned) and is killed by an explosive device around his neck. 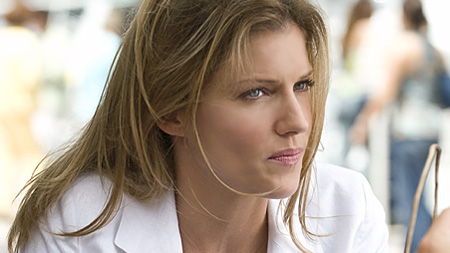 Carla is a high ranking member of the organization that burned Michael and throughout the entirety of Season Two is Michael’s “handler”, forcing him to perform various jobs that Michael eventually learns is for an assassination that goes pear shaped when the assassin is killed and Michael is almost killed in an explosion.  Carla then tasks Michael with finding out who is responsible for blowing the operation and Michael tracks it to Carla’s right hand man, Victor, who was burned just like Michael was.  Instead of turning Victor in, Michael proposes they team up to take down Carla and, hopefully, the entire organization.  Victor has evidence stored on his houseboat but his gunned down by Carla’s men.  Carla offer Michael the choice of either taking credit for Victor’s murder and earning points with “Management” or getting blown up.  Michael refuses to cooperate but fortunately Fiona manages to kill Carla with a sniper rifle before she can detonate the bombs. 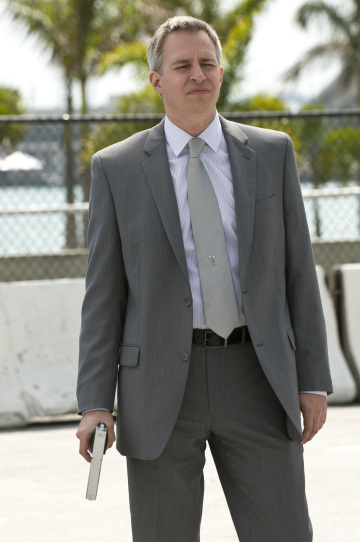 Tyler Brennan is an arrogant, highly intelligent arms dealer who first comes into contact with the Burn Notice team when Michael’s ex-fiance, Samantha (a thief), blows a job for him where she was supposed to steal some military hardware but kept it when she realized what it was and what Brennan could do with it.  Brennan then kidnaps her son and plants an explosive hidden in a cast on him but Michael and the gang are able to rescue him but Brennan acquires the military hardware.  Michael, Fiona and Sam come up with a plan to frame Brennan for the robbery, where Michael and Fiona approach Brennan as themselves and offer their services doing security for his upcoming sale.  They eventually fake an ambush and force Brennan to go on the run from his buyers, who think he was trying to steal from them.

Brennan returns in Season Three, looking for revenge against Michael and uses his brother Nate as leverage to get Michael to steal another military macguffin while Nate is unknowingly with one of Brennan’s hired killers.  Nate believes Brennan is a would be investor in his limousine service.  Michael gets Brennan to back off by having his money launder Barry fake Brennan’s accounts being drained and claiming that he has an assassin outside his daughter’s private school in Europe.

Brennan’s last appearance is in Season Four when he steals the list of all the people in the organization that burned Michael that the gang had acquired and hires Larry (who we’ll get to in a second) and forces Michael to go and start killing said people and framing a terrorist organization for a group of investors.  Brennan underestimates Larry’s craziness however and is killed when Larry stabs in him in the stomach after he and Michael do the first job. 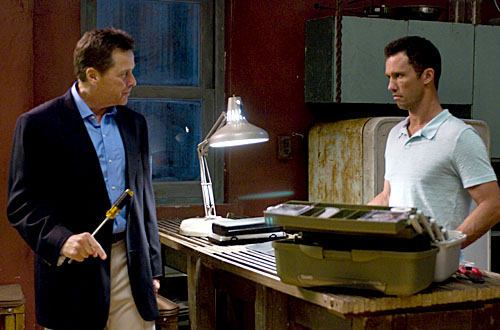 If Michael Westen were Batman, Larry would be the Joker as he’s the insane, blood thirsty mirror of Michael.  He and Michael were actually parnters in the CIA and Larry was sort of a mentor to Michael.  Larry became disillusioned with the government and became increasingly irrational until he eventually decided to “retire” by walking into an oil refinery in Serbia before it exploded and he was assumed to be KIA.  Larry then became a contract killer and surfaced in Miami, first in season two, after hearing about the supposed terrorist acts Michael committed to get burned.  He asked Michael for help with a hit he had on a wealthy Miami woman but Michael and Co. managed to prevent it, although Larry killed the stepson who originally requested the hit and escaped.

Larry came back in Season Three after killing a member of a Mexican drug cartel in Michael’s warehouse flat and using Michael’s name as an alias, forcing Michael to help him with his scheme to steal some of the cartel’s money.  He also sabotaged Michael’s cell phone and diverted calls from Sam and Fiona in an effort to get Michael to feel alienated from his friends and come work with Larry.  The gang figured it out and left Larry forced to help the police uncover his own money laundering scheme to maintain his new identity as “Larry Garber”.

As mentioned above, Larry came back in Season Four, under hire by Tyler Brennan to systematically kill the members of the organization that burned Michael.  Larry betrayed Brennan and killed him because Michael had tried to bluff Larry by suggesting Brennan had black mail evidence on him. At the site where the next target was, Michael and the gang managed to force him to remain at the crime scene and go down for murder.

Larry most recent, and last appearance, was in the summer finale of Season Five.  Larry claims he managed to bribe and murder his way out of the prison he was sent to and angrily forces Michael to help him break into the British consulate in Miami (using passcodes from presumed kidnap victim Anson) and swap some diplomatic documents for a client.  Larry seemingly has the entire gang on lock down until Fiona manages to sneak a load of explosives onto the window near where Larry was keeping tabs on Michael in the consulate’s vault and managed to blow him up, but her explosion also seemingly caused a second explosion that leveled the lobby of the building and killed two security guards.  Michael and Fiona later learn that Anson was behind it all, including hiring Larry and now has black mail evidence against Fiona that he’s using to force Michael to do his dirty work.

When You’re A Spy: Things Unseen

When You’re a Spy: Under the Gun

When You’re a Spy: Scorched Earth