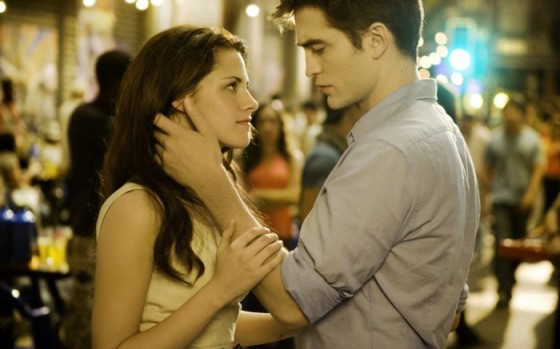 I don’t think anyone is shocked that Twilight: Breaking Dawn was the number one movie at the box office this weekend.  The latest assault on good taste by the franchise had the fifth highest opening weekend of all time with $139.5 million and the second highest opening for the series, getting beaten by New Moon.  Half of the movie’s total gross was on Friday.  In a ridiculously distant second was Happy Feet Two with $21 million, barely half of what the original Happy Feet made in it’s opening weekend.  Immortals took a big hit and dropped down to third with $12.4 million.  Jack and Jill and Puss in Boots rounded out the top 5.  The only other news was that George Clooney’s new movie, The Descendants managed to crack the top ten, even though it only debuted in 29 theaters.  Three new movies are out on Wednesday this week but can any of them top Twilight?