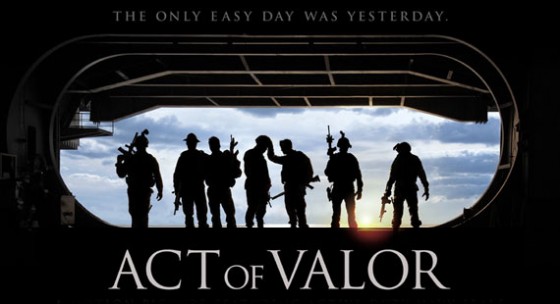 Coming out in February of next year is Act of Valor, which is looking to differentiate itself from other action/war movies by featuring actual Navy SEALs “acting” in it.  The movie follows a group of Seals as they get a mission to rescue a captured CIA agent and also try to take out the terrorist group responsible.  The action seems like will be pretty good as there’s “real NAVY SEALs tactics” involved and there’s a couple of cool bits, like catching the guy in the water after sniping him but I hate the music choice for the trailer, which makes it seem like one of those weird Christian movies like Courageous or Fireproof.  Hopefully it’s nothing like that but we’ll have to wait and see.  You can check out the trailer below.

Bruce Willis is Bored and Held Hostage in Extraction