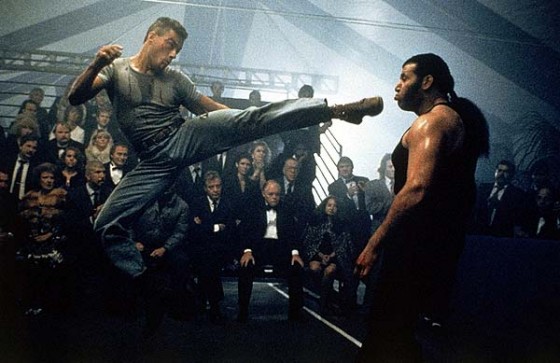 Jean Claude Van Damme stars as ex-legionnaire Lyon Gaultier in the 1990 action movie, “Lionheart”, where Van Damme does what he’s best at and that’s getting into one on one martial arts battles i.e. Bloodsport and Kickboxer.  Lyon is trying to get to Los Angeles to help his brother after his brother’s wife is horribly burned by a gang of drug dealers.  The foreign legion refuses to let Lyon leave so he beats up a bunch of them and hops a tramp steamer to New York City, where he becomes involved in the world of underground street fighting.  It’s definitely a second tier entry to the fighting genre of Van Damme movies but it’s still pretty dumb, action fun and Brian “Night Slasher” Thompson co-stars.  Check out the whole movie below.

Everything Action Theater: Special When Lit