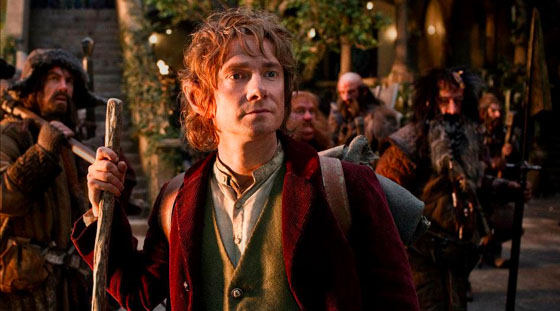 The film adaptation of The Hobbit was in a bit of trouble early on as there was questions about who would direct, would Ian McKellan return, etc. but everything seems to have worked it self out as Sir Ian is back as Gandalf and master of Middle Earth, Peter Jackson, went back behind the camera in New Zealand to bring the Lord of the Rings prequel to life.  Martin Freeman stars as the younger Bilbo Baggins, who is recruited by Gandalf to join a company of dwarves on an adventure over the  Misty Mountains to Lonely Mountain, to reclaim a massive treasure from the dragon Smaug.  With Jackson directing, the movie definitely has the same epic look and feel and if it’s even half as good as the Lord of the Rings trilogy, we’re in for an epic time next December. Check out the trailer below.