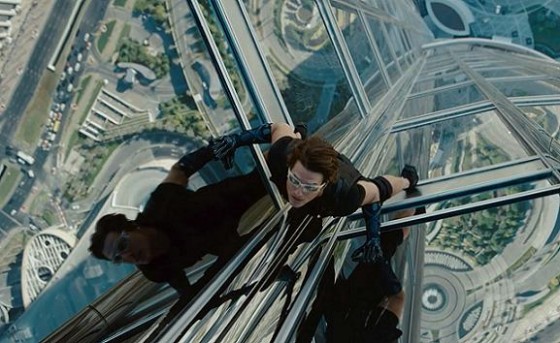 One of the most crowded Christmas weekends for movies I can remember, where no less than seven new movies battled it out on various days but ultimately the IMF team led by Ethan Hunt came out on top as Mission Impossible: Ghost Protocol won the box office.  MI4 made $29.5 million over the weekend and $61.9 million in total.  Sherlock Holmes: A Game of Shadows dropped down to second with another $20 million.  The Girl with the Dragon Tattoo came in third with $12.7 million over the weekend and $21 million in total.  Alvin and the Chipmunks: Chipwrecked  moved down to $12.6 million and fourth place and The Adventures of TinTin rounded out the top 5 with $9.7 million and $17.7 million in total.  We Bought a Zoo, which had a traditional Friday release, only managed $9.5 million and sixth place.  In it’s one day of release, War Horse had an opening of $7.5 million, pretty good for one day and most theaters were probably only open for half of Christmas Day.  The other Christmas release, The Darkest Hour, had a mediocre $3 million one day opening and took ninth place.  Even with a full weekend next weekend, I doubt it will go much higher, and word of mouth is awful.