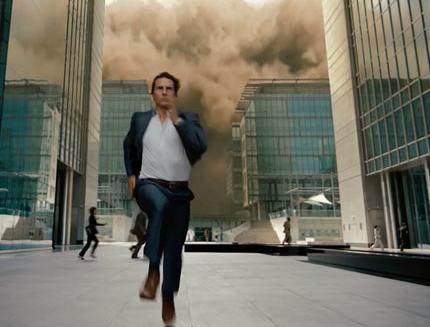 Mission Impossible: Ghost Protocol maintained it’s spot at the top of the box office results, making another $29.5 million over the weekend and bringing it up to just over $132 million in total.  Sherlock Holmes was a pretty close second with another $21 million while Alvin and the Chipmunks: Chipwrecked moved past The Girl with the Dragon Tattoo for third with $16.3 million (Dragon Tattoo made $14.8).  Also flip flopping were War Horse and Tintin at fifth and seventh.  War Horse had a massive bump over the weekend (and actually having a full weekend to make money) and made $14.4 million.  New Year’s Eve had an expected boost from this weekend actually being New Year’s Eve and New Year’s Day staying in eighth with $6.4 million but nowhere near where Valentine’s Day was around the same time in theaters.  The only big mover was The Descendants, which came back into the top ten at tenth after being thirteenth last week.  Mission Impossible should stay at the top for at least this week as the only new movie is the mediocre looking The Devil Inside.