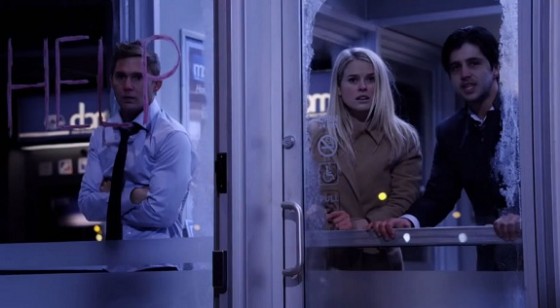 David Brooks, the director of 2010’s Buried, has another “people trapped in small places” movie coming this year with ATM.  Starring Alice Eve, Josh Peck and Brian Geraghty as a trio of coworkers on their way home from an office party when one of them has to stop at a desolate ATM.  While inside, a menacing man in a parka appears outside and murders a man walking his dog and trapping the trio in the ATM.  Things quickly spiral out of control until it looks like the killer is somehow pumping water into the ATM to drown the trio.  I’m kind of a sucker for these “people trapped in places” movies like the aforementioned Buried and Phone Booth, so I’ll probably check this one out at some point.  Check out the trailer below.