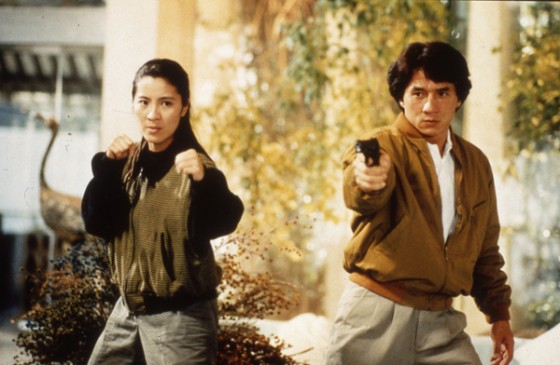 Hulu brings us one of the best Jackie Chan movies, available in full below, with Supercop aka Police Story 3.  Jackie Chan stars as Hong Kong cop Kevin Ka-Kui who joins forces with Interpol agent Jessica Yang (Michelle Yeoh) to take down a druglord named Chaibat.  Kevin and Jessica go undercover with Kevin having to engage in an elaborate prison break to gain the trust of Chaibat’s underling, Panther.  There’s tons of amazing action sequences including a jungle raid on one of Chaibat’s drug deals and the finale involving a helicopter and a train and it’s awesome to have arguably the greatest male and female martial arts action stars teaming up in the same movie.  Check out the movie below.