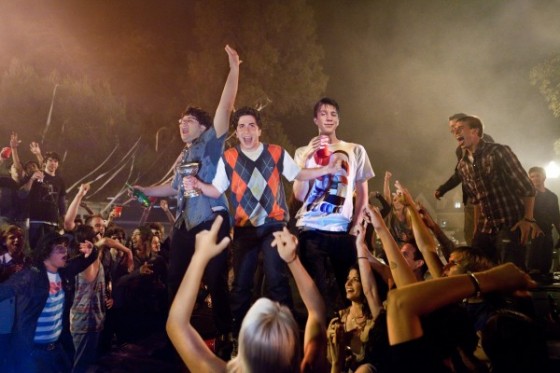 The “found footage” genre is going strong in 2012 but it’s expanding beyond the horror genre.  February has the superhero/super powers movie “Chronicle” opening up and March has Project X, a found footage take on the high school party genre.  Three nerdy friends plan to throw the ultimate blowout and things quickly spiral out of control until there’s a guy with a flamethrower burning down the entire neighborhood.  The movie is produced by Todd Phillips of The Hangover and Old School and definitely has his sensibilities.  It looks like it could be OK but it all depends on how well the three main guys work together.  Check out the trailer below.