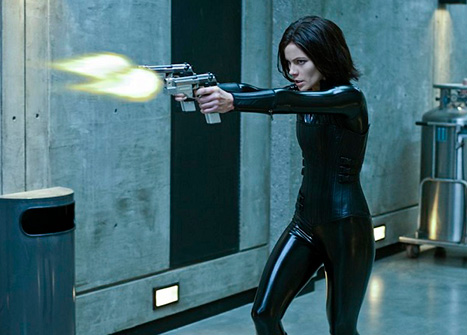 There are apparently two truths in Hollywood; people love watching Milla Jovovich fight zombies and they love watching Kate Beckinsale fight werewolves.  Just like Resident Evil, Underworld is somehow still making money and getting movies in the franchise and the latest, Awakening, was the top movie at the box office this weekend, making $25.3 million, up from the last entry, Rise of the Lycans, but a little under the last Beckinsale starring movie, Evolution.  Second place went to Red Tails, George Lucas’ tribute to the Tuskegee Airmen.  The movie made $18.8 million.  Last week’s number one, Contraband, dropped down to third with $12 million and putting it’s total to over $45 million and putting it past other recent Wahlberg joints like Shooter and Max Payne.  Getting a massive boost from it’s wide release was the divisive Extremely Loud and Incredibly Close, which went from 36th place last week to fourth this week with $10 million.  Beauty and the Beast 3D isn’t doing nearly as well as The Lion King re-release, dropping to fifth place from second and making another $8.8 million.  It’s all basically profit at this point but Beast probably won’t get the extended stay that the Lion King got.  The other new release, Haywire, had a pretty disappointing opening weekend with sixth place and a little over $8 million.  As far as Steven Soderbergh movies go, Haywire is definitely on the low end, only beating Solaris and his weird limited release movies.

Battle at the Box Office 8/5