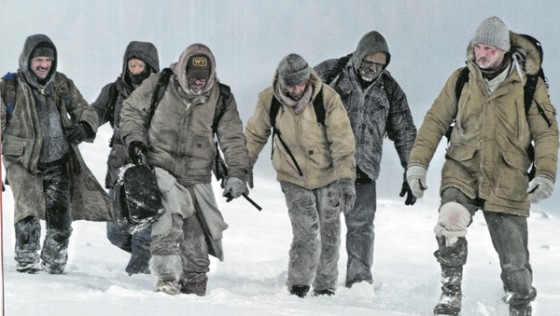 Liam Neeson continues his domination of the early parts of the year by having another number one action movie in The Grey this weekend, following on previous number ones Taken and Unknown.  The Grey took in a solid $19.6 million, a little bit under those other Neeson action flicks but they both also came from bigger studios.  Underworld: Awakening fell by 51% from it’s number one weekend last week but still took second place with another $12.4 million.  One for the Money performed above expectations, which granted were extremely low, with a gross of $11.5 million.  It probably got a boost from it’s Groupon promotion where you could get a ticket for $6.  Red Tails and Man on a Ledge rounded out the top 5 with Man on a Ledge having a pretty terrible opening, getting beat by previous Sam Worthington movie The Debt, which made $9.9 million it’s opening weekend.  In other box office news, The Descendants returned to over 1,000 theaters over the weekend and rocketed back into the top ten, going from 16th last week to eighth this week.  Going in the opposite direction, Haywire and Contraband both fell drastically from previous weeks with the former barely staying in the top ten.

Battle at the Box Office 2/6