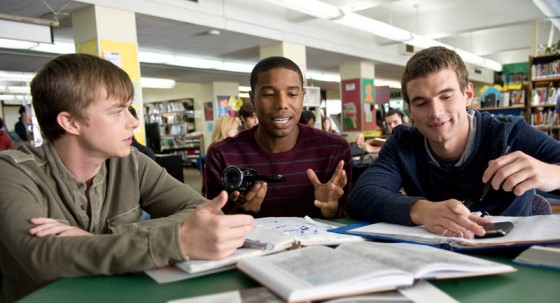 It was a close game at yesterday’s Super Bowl and it was a close battle at the box office between Chronicle and The Woman in Black, which featured two things teenagers love, found footage and PG-13 horror, respectively.  Chronicle had the best reviews and took the win by $2 million, making just over $22 million and, by the nature of the found footage genre, has already $10 million in profit.  The Woman in Black was one of the better, teen targeted, horror openings and the best opening for CBS films with just over $20 million.  The Grey had a pretty steep drop off from it’s number one weekend last week but still managed $9.3 million and brought it’s total to $34.5 million.  Big Miracle gambled that women would head out to theaters while the men of their lives watched the big game but that gamble blew up in their faces with a middling $7.8 million opening weekend.  It was a much worse opening also compared to the other recent “humans help sea mammal” movie, Dolphin Tale.  Underworld 4 rounded out the top 5.  Everything else pretty much just moved down one or two spots to accommodate the newcomers with the biggest drops going to Man on a Ledge and Extremely Loud and Incredibly Close, but dropping four spots from the previous week.  It’s a jam packed weekend this coming Friday with Journey 2: The Mysterious Island, Phantom Menace 3D, Safe House and The Vow all coming out so it’s anyone’s guess what will take the number one spot.