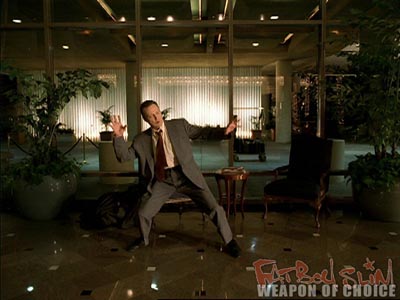 This week we’re featuring what might be the greatest music video ever made with “Weapon of Choice” by Fatboy Slim.  Directed by Spike Jonze, whose work we’ve featured before in Musical Montage, the video is basically four minutes of pure, unfiltered joy as Christopher Walken dances with reckless abandon through the lobby of a swanky hotel and eventually starts flying.  It’s just a bonus that the song is awesome as well but it could be “We Built This City” or some other terrible song and it would still be amazing because of Walken’s magic.  Check out the video below.