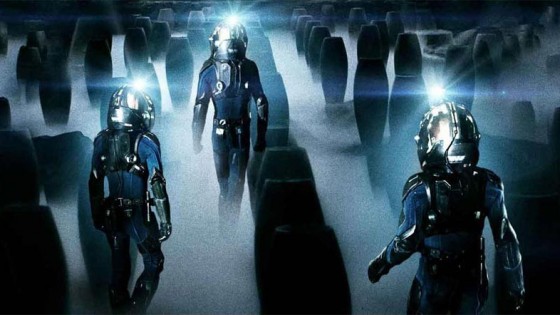 The teaser trailer for this summer’s kinda/sorta Alien prequel, Prometheus, debuted a couple months ago but now we have the first full trailer.  Noomi Rapace stars as Elizabeth Shaw, a scientist who discovers a number of messages in various ancient languages on Earth seem to be an invitation to visit another planet.  A crew of scientists is assembled and the Prometheus space ship launches toward the planet in the messages but, once they land, they realize they might have gotten the intention of the messages horribly wrong and that all of mankind might now be in danger.  It looks great and the cast is fantastic with Idris Elba, Michael Fassbender, Guy Pearce and Charlize Theron in addition to Rapace.  Check out the trailer below and the movie is out in June.