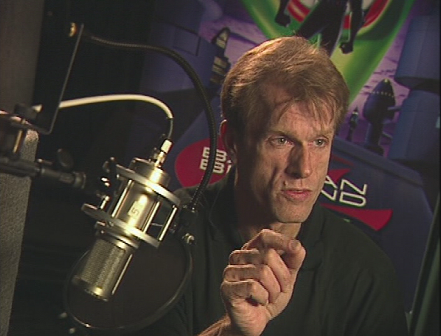 If you hadn’t guessed by our “Know Your That Guy” feature, we are huge fans of character actors and, specifically for this upcoming documentary, voice actors.  It gives me a little hit of pride to be able to be 9 or 10 names deep into the opening credits of  a movie and still be able to pick out recognizable names.  I Know That Voice is a documentary that will hopefully introduce more people to the actors who voice some of their favorite characters and, more interestingly, how they figure out what a voice is going to sound like and then consistently do it.  Everybody you would want to see interviewed are included like Kevin Conroy, Billy West, Tara Strong, John DiMaggio, Tom Kenny, Maurice Lamarche, Rachel MacFarlane, June Foray and Carlos Alazraqui to name a few.  The only really glaring omission seems to be Simpsons actors like Dan Castellaneta and Hank Azaria.  The documentary doesn’t look like it’s going to be to fancy, production wise, but still looks like a fun and interesting look at an occupation most people take for granted.  Check out the trailer below and the movie is still in production but hopefully out fairly soon.