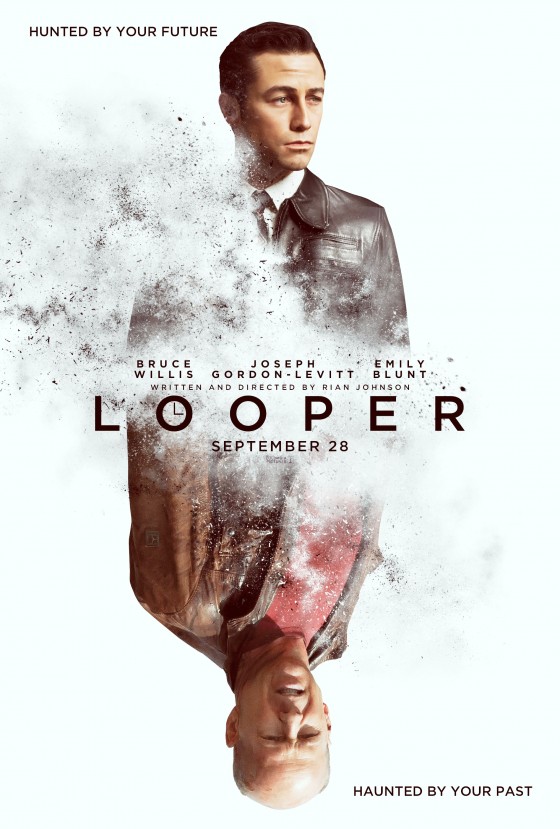 The third movie from director/writer Rian Johnson, of Brick and The Brothers Bloom, is the sci fi/time travel action movie Looper.  Joseph Gordon Levitt plays a hitman named Joe whose job is to assassinate targets that are sent back in time from the future.  Since these targets are killed in the past, there’s no evidence or trace of them in the future, thus the people who want them dead get off scott free.  Joe is living the good life but things go sideways when his future self, played by Bruce Willis, gets sent back for assassination and he escapes, forcing young Joe to go in pursuit.  It looks like it’s going to be a fun, twisty movie, probably on the slightly more complicated side of the time travel genre but still no where near something like Primer.  Emily Blunt co-stars and the movie will be out this September.  Check out the trailer below.

Assassinations Get Horrific in Possessor (Trailer)