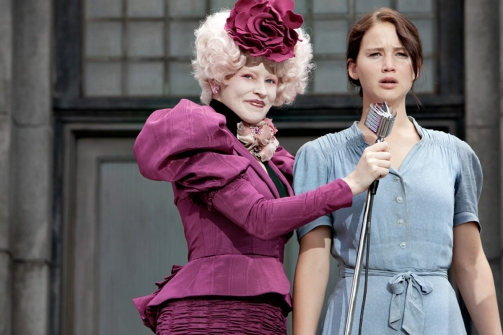 For the fourth week in a row, The Hunger Games took the top spot at the box office over weekend, becoming the first movie since Avatar to do so.  With another $21.1 million, The Hunger Games total is just over $336 million and tracking suggests it should make at least $370 million for it’s theatrical run.  Second place went to the Farrelly’s Brothers reboot of The Three Stooges with $17 million.  It’s the third best opening for the comedy directing siblings behind Shallow Hal and Me, Myself and Irene.  Cabin in the Woods took the third place spot with $14.7 million, putting it on the low end for recent horror movies like the Saw franchise but actually on the higher end for horror comedies, which Cabin in the Woods actually falls more into.  Titanic 3d and American Reunion rounded out the top 5 with Titanic 3D actually debuting and having the highest opening weekend ever for China with $67 million.  Other new release, Lockout, barely made  the top ten, coming in ninth with $6.23 million and definitely on the lower end for Luc Besson productions, with movies like From Paris with Love and Colombiana having better opening weekends.