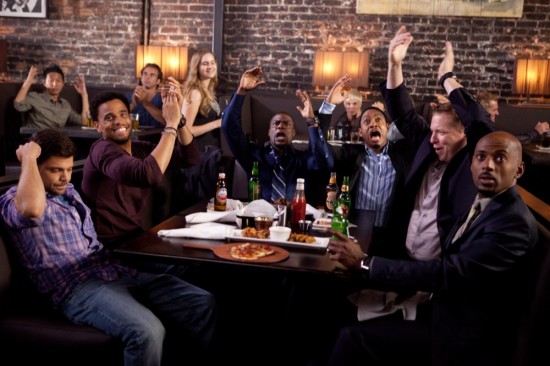 Summer definitely hasn’t started early this year, unlike last year when Fast Five exploded into theaters the last weekend of April.  Think Like a Man stayed in the number one spot for the second, and last, weekend in a row with another $17.6 million.  Second place went to The Pirates: Band of Misfits with $11.1 million, which makes it the worst opening for Aardman Animation, taking the place of Arthur Christmas,which made a little over $12 million it’s opening weekend.  Hunger Games went over $372 million with it’s $10.8 million and third place finish and The Lucky One and new release The Five Year Engagement ($10.6 million) rounded out the top five.  Other new releases Safe and The Raven battled for the sixth and seventh place with Safe winning out by around $600,000.  Safe was definitely on the low end for Statham, only beating Crank: High Voltage in terms of opening weekend.  The only other news worthy item is that Titanic 3D left a bunch of theaters and plummeted down to 15th from 8th.  All this is pretty much moot considering that The Avengers is going to Hulk smash every movie into the ground this coming weekend.