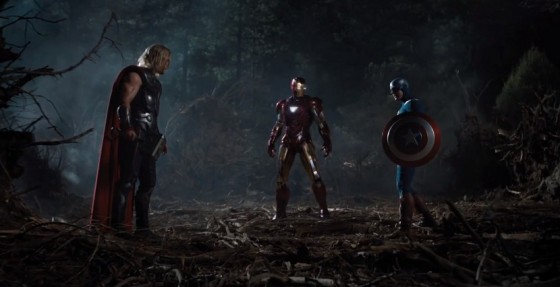 The Avengers dropped 50% from last weekend this weekend at the box office, but, half of the biggest opening weekend of all time is still a shitload of money.  The Avengers made another $103 million, bringing it’s domestic total to $373 million and it has crossed the $1 billion mark worldwide in 19 days, tying Avatar and Harry Potter and the Deathly Hallows Part 2 in terms of days to $1 billion.  It was also the best second weekend ever and best hold from the previous weekend and also broke a ton more “fastest to x amount” records.  The movie will easily make over half a billion domestically and the only question now is how far up the all time box office list can it get.  In a distant second was Dark Shadows with $29.7 million, which is around Sleeply Hollow level for Depp/Burton collaborations.  Think Like a Man, previously impressive box office winner The Hunger Games and The Lucky One rounded out the top 5.   In other box office news, The Artist returned for some reason to about 750 theaters but only eked out just over $188,000, finalizing it’s theatrical run at around $44 million.  Can Battleship take over the box office this coming weekend or will The Avengers continue to dominate?