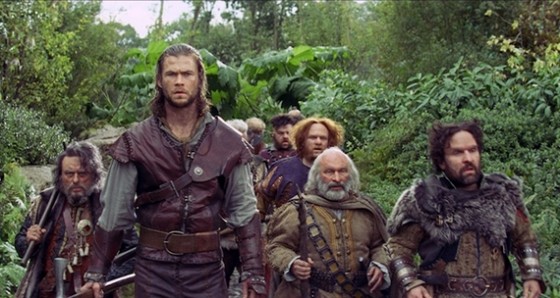 The first weekend of June was all about Snow White and the Huntsman, which easily took the top spot at the box office with $56.2 million.  I know that the movie theater I work at had sold out shows for pretty much ever showing of the movie and it’s already made almost as much as previous Snow White movie, Mirror, Mirror, made in it’s entire run.  MIB3 dropped down to second place with another $28 million.  Worldwide, the movie is actually number one in most countries.  The Avengers dropped down to third with another $20 million and is now the third highest grossing movie of all time.  Battleship and The Dictator rounded out the top 5, with Battleship pretty much cementing it’s status as a massive bomb having only mad $55 million on a $209 million budget.  The Best Exotic Marigold Hotel moved up in the ranks with an additional 61 theaters added to it’s roster and $4.5 million for the weekend.  Chernobyl Diaries plummeted from fifth to ninth, on the flip side.  The only other mover was For Greater Glory, which opened in 757 theaters over the weekend and came in at tenth place with  $1.8 million.