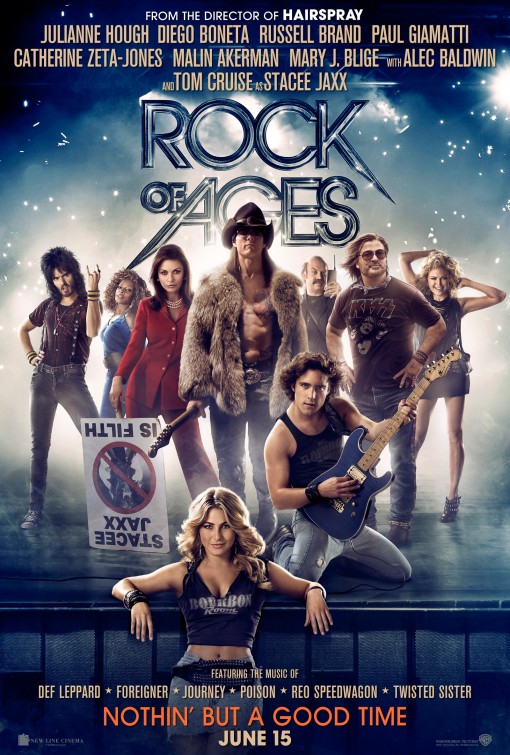 Plot: A couple of young singers meet at an ailing rock and roll club that is danger of being shut down by a crazed parents group and the only thing that can save the club is rock legend, Stacee Jax.

Critic Consensus: “Its exuberant silliness is almost enough to make up for its utter inconsequentiality, but Rock of Ages is ultimately too bland and overlong to justify its trip to the big screen” 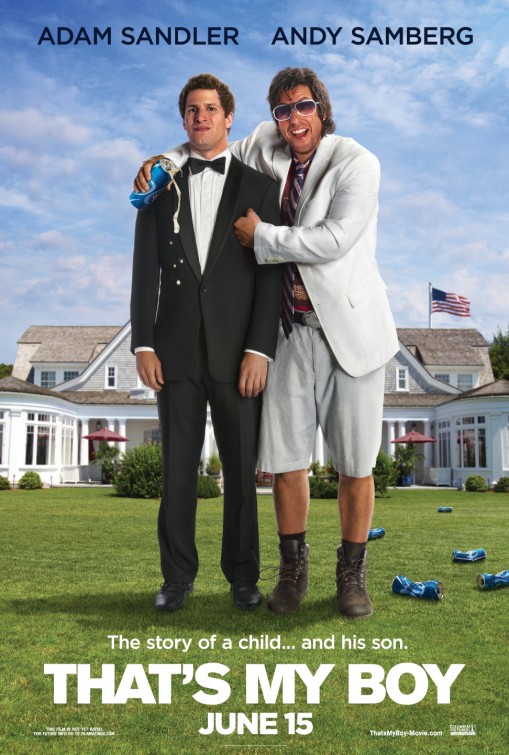 Plot: On the verge of his wedding, straight laced Todd sees the unwelcome return of his party animal father, Donny.

Critic Consensus: “While it does represent a new foray into raunch for the normally PG-13 Sandler, That’s My Boy finds him repeating himself to diminishing effect – and dragging Andy Samberg down with him”