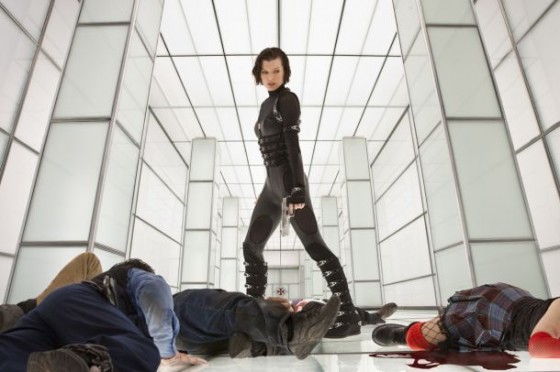 Now with less blatent Sony advertising, the latest trailer for Resident Evil: Retribution confirms that it will be more of the same for the franchise that refuses to die.  This time around, Milla Jovavich’s Alice is somehow brainwashed into thinking she’s a suburban mom by Albert Wesker but is broken out of it by Ada Wong and the two set out to stop Umbrella from taking over the world.  They run into even more RE characters along the way like a straight out of Resident Evil 5 Jill Valentine and the RE movie debut of Leon Kennedy.  Michelle Rodriguez also returns, somehow, after dieing horribly in the original Resident Evil.  It’s cool to see more characters and creatures from the actual games but Retribution just looks like more of the same Matrix rip off stuff we’ve gotten from the last 3 or 4 RE movies.  Check out the trailer below and you can decide for yourself if you want to see it this September.