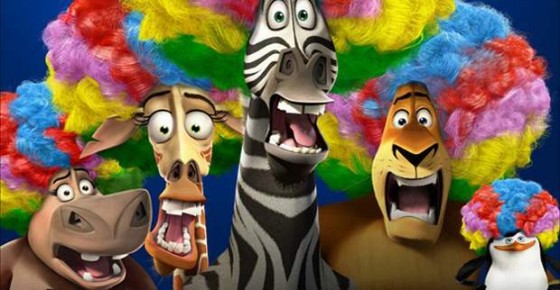 Madagascar 3 held onto to the top spot at the box office this weekend with another $35.5 million and bringing it’s two weekend total to over $120 million, making it the highest grossing entry in the franchise.   Prometheus dropped 60% to $20.2 million and has made around $89 million in total.  Both of the weekend’s new releases were pretty big bombs considering the usual ticket sales of their stars.  Rock of Ages, led by Tom Cruise, made $15 million, which is on the low end of movie musicals and significantly down from director Adam Shankman’s previous effort, Mamma Mia!, which made $27.8 million in it’s first weekend.  Rock of Ages should have had a little more widespread appeal than that one considering it was a greatest hits of the 80s instead of just ABBA.  That’s My Boy had an even worse opening with $13 million and coming in fifth place, continuing Happy Madison’s recent string of bombs and this one had the big boss himself, Adam Sandler.  It’s easily one of the worst openings for Sandler.  Snow White and the Huntsman took fourth place with $13.8 million.  Elsewhere on the chart, Wes Anderson’s Moonrise Kingdom slowly gets a wider and wider release and moved up from tenth to ninth with another $2.1 million.