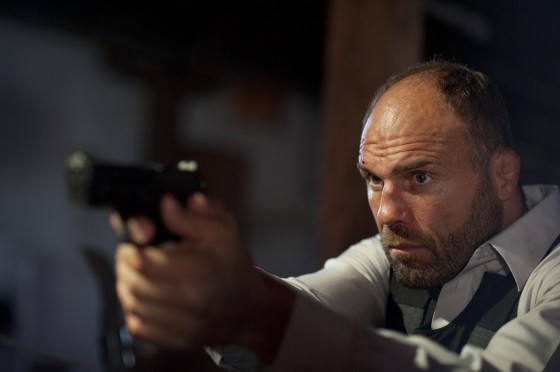 In the grand tradition of movies like Air Force One, Passenger 57, Snakes on a Plane and Executive Decision comes Hijacked, from Anchor Bay and starring Randy Couture.  Couture plays a CIA agent who agrees to ride shotgun for a wealthy businessman on his private jet and gets caught up in a hijacking by a group of ruthless criminals.  Vinnie Jones co-stars as Couture’s CIA partner and Holt McCallany stars as the leader of the criminals.  It looks like it could be a fun B action movie and we’ll get to see who would win in a fight between Toll Road and Lights Leary.  Check out the trailer below and the movie is out on July 31st.