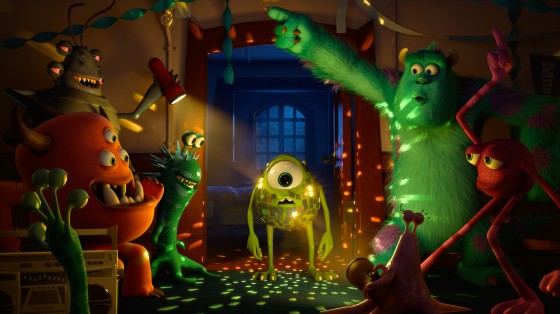 In typical Pixar fashion, the studio is attaching the teaser for next year’s film on the current year’s film, that would be Monsters University and Brave respectively.  A prequel to Monsters Inc., Monsters University follows Mike and Sully as they attend college to learn the finer points of scaring children.  The two appear to have a slightly more antagonistic relationship, as the trailer features Sully turning Mike into a disco ball by gluing tiny mirrors to him.  I’m excited to return to the Monsters Inc. universe and also to see the Pixar take on the college movie genre.  Check out the trailer below and the movie is out next summer.