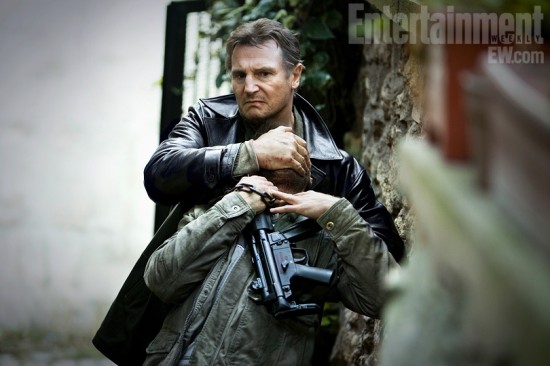 Taken is an EA favorite, if only for launching the late career move to ass kicking for Liam Neeson, but it didn’t really set itself up for a sequel.  It made a ton of money though so Bryan Mills is back to use his particular set of skills on the vengeance seeking members of the Albanian gang he murdered in the first movie.  Bryan is working security in Istanbul when his wife and daughter surprise him with a visit but they pick the exact time when the Albanians make their move, leading to Lenore and Bryan being taken, leaving Kim to figure out someway to free her parents.  It looks just as awesome as the first movie with what looks like ton of Neeson kicking ass and I appreciate the fact that they brought in Rade Serbedzija to play the main villain.  I also love the fact the trailer opens with an entire hillside of the bodies that Neeson left in his wake from the first movie. Check out the trailer below and the movie is out this October.