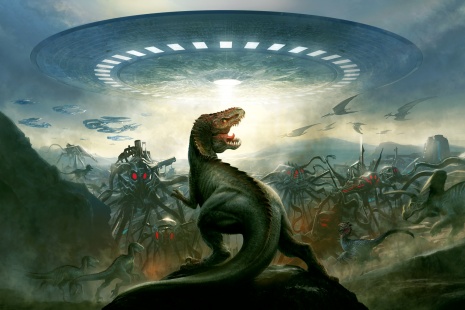 Aliens seem to have beef with everyone: cowboys, Will Smith, ninjas, Will Smith and now MIB director Barry Sonnefeld and comic legend Grant Morrison are bringing aliens up against dinosaurs for an upcoming motion comic series from Yahoo.  The comic finds aliens invading Earth 65 million years ago and the native species, dinosaurs, are the only thing standing between them and world domination.  The concept is awesome and the art looks pretty cool, so I’ll probably check it on July 23rd.  Check out the trailer below.