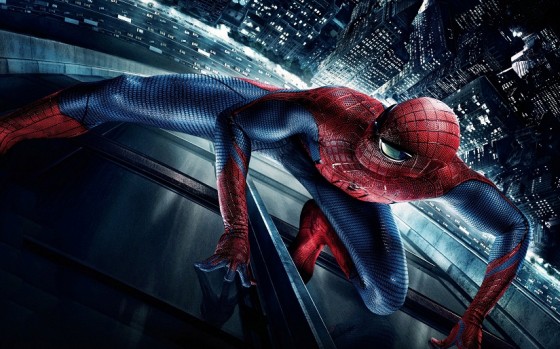 It’s been 5 years since Spider-Man 3 detonated in theaters and, despite that movie being a commercial success, Sony decided to go back to the beginning with a total reboot and title change, The Amazing Spider-Man.  Was it worth restarting the franchise in such a short length of time?

Andrew Garfield, of The Social Network, takes over from Tobey Maguire as Peter Parker/Spider-Man and Amazing goes back to his origin and his days in high school.  Peter’s father is a brilliant scientist who has to leave Peter in the care of Aunt May and Uncle Ben for unknown reasons and Peter decides to investigate what happened to them and meets his father’s partner at Oscorp, Dr. Curt Connors, who is working on cross species genetics.  Peter attempts to help Dr. Connors develop a serum for limb regeneration but it turns Dr. Connors into The Lizard, who starts rampaging across New York City.  While it presents things in a slightly different way than what we’ve seen previously, the movie is still the standard Spider-Man origin, which Amazing also spends way too much time going into.  It’s probably an hour before Peter is in the costume and more than halfway through before the Lizard shows up.  I, and I think a bunch of people, would have preferred a super condensed origin, like The Incredible Hulk did, or even just skipping it and picking up a couple months into Spidey’s crime fighting career.

Acting wise, Amazing is a huge step up from the Sam Raimi trilogy.  Andrew Garfield is a pretty great Peter Parker, even though he might not be as nerdy initially as Tobey Maguire and he has the unnecessary skateboarding hobby.  He’s also great as Spider-Man, with a great physical presence and acting kind of like a dick, which is Spidey’s fighting trademark.  The one aspect of Amazing that was completely bizarre is how many people find out that Peter is Spider Man.  It got to the point where he should have just had a Civil War style press conference where he announced who he was.  I also enjoyed his relationship with Gwen Stacy, played by Emma Stone, who makes Kirsten Dunst look like the kid from Mask.  The movie spends a ton of time dealing with the Gwen/Peter relationship, which is kind of annoying at time when you want to see some web slinging but I think it could pay off if they go with what happens to that relationship in the comics in a future movie.  I initially enjoyed Rhys Ifans as Dr. Connors, as it seemed liked it was going to be similar to the Peter/Dr. Octavius relationship from Spider-Man 2, but once Curt becomes The Lizard, he just devolves into a psychopath and his ultimate plan is incredibly stupid and not set up well at all.  The Lizard has always been interesting because he’s kind of Hulkesque; Dr. Connors is the nicest person in the world, a devoted family man, but then he has to constantly fight to keep The Lizard from coming out and once it does, it’s a slobbering mess of rage.  Amazing’s Lizard has all the intelligence of Dr. Connors and is more like a smart Killer Croc from the Batman universe.  I did think the design of the Lizard was pretty cool.  Rounding out the main cast, Denis Leary brought his usual sarcastic nature to the role of Captain Stacy and brought some great comic relief with his frequent dismissing of Peter.

One thing that Amazing gets right is the web slinging and the action.  In the Raimi trilogy, Spidey didn’t really use his webbing for much except for swinging and catching cars and people, not really for offense but in Amazing, Peter can’t use enough webbing, completely wrapping up criminals, making giant webs and whatever else a spider does with webs.  The highlight set piece of the movie is probably the fight at Midtown High when *spoiler* The Lizard finds out that Peter is Spider-Man and goes to attack him.  The battle rages between multiple classrooms and does a fantastic job of highlighting the strengths of both The Lizard and Spider-Man.  The initial Lizard attack on the Brooklyn Bridge is pretty great as well, with a classic Spidey hero moment saving a kid from a burning car.  All of Spidey swinging through the city looks great as well and there’s a ton of classic McFarlanesque poses.

I think Spider-Man 2 is secure as the best Spider-Man movie but if we have to have a reboot, Amazing Spider-Man is good way to kick off a new series.  I really liked Andrew Garfield and Emma Stone and the action was fantastic throughout, it’s mostly just weird plot details and characterizations that keep it from being a great movie.  It’s worth seeing in theaters, just don’t expect a Batman Begins style rebirth for the Spidey franchise.