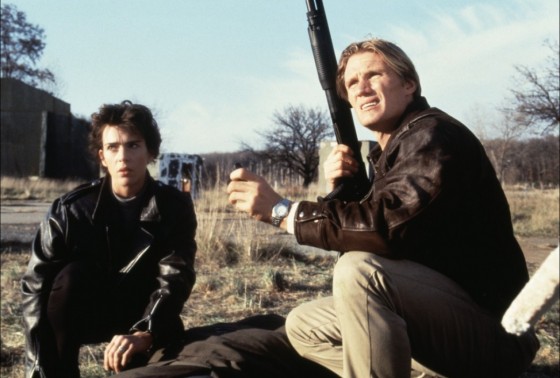 Also known as The Shooter, 1995’s Hidden Assassin is a deeper cut from the Dolph Lundgren action library and finds Lundgren as CIA agent, Michael Dane, who must track down an international assassin who murdered the Cuban ambassador in New York City.  Dane discovers the suspect is a sexy, French, lesbian cafe owner who might actually be innocent and the typical CIA backstabbing and double crosses occur, leaving Dane and Simone to figure out what’s going on by themselves.  It’s classic Lundgren action with car chases and shootouts aplenty and you can check out the whole thing, thanks to Hulu.

Everything Action Theater: Alien vs Ninja