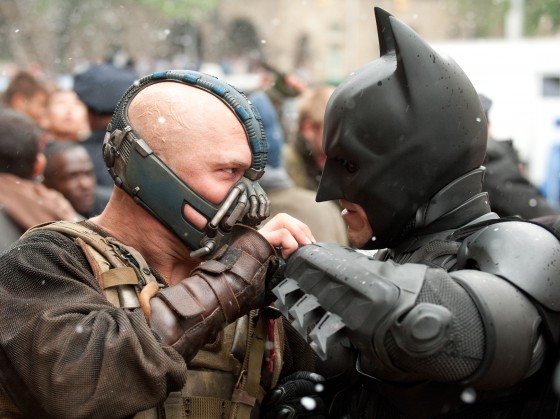 Expectations were as high as they could possibly be for The Dark Knight Rises and it manage to meet most of those expectations, box office wise.  The movie was the best opening for Christopher Nolan’s trilogy, making $160 million compared to The Dark Knight’s $158 million opening weekend and was the third highest opening weekend of all time, behind The Avengers and Harry Potter and the Deathly Hallows Part 2.  If it keeps up this pace, it looks like The Dark Knight Rises will easily join the billion dollar club but will have to settle for second place for the year behind The Avengers.  In a distant, distant second was Ice Age 4 with $20.4 million and moving it up to $88.8 million in total.  The Amazing Spider-Man buckled with the direct competition of Batman and made only $10 million for the weekend, bring it’s total to just shy of it’s $230 million budget.  Ted and Brave rounded out the top 5.  Elsewhere on the charts, Katy Perry 3D dropped out of the top ten in it’s third week and Woody Allen’s To Rome with Love flip flopped with Madagascar 3 for the tenth place spot.  There is not much that should pose much of a threat to DKR for the next couple of weeks, so except to see it at the top of the charts for a while.

Battle at the Box Office 7/9