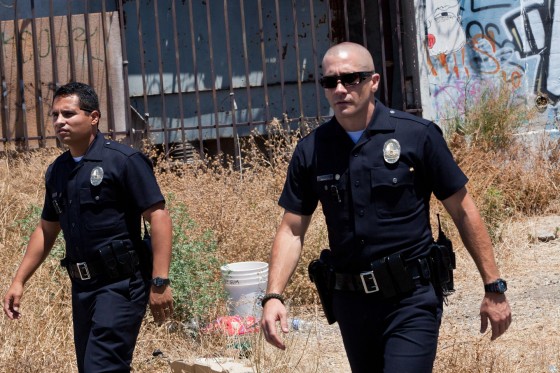 Coming out next month from the writer of Training Day comes End of Watch.  Jake Gyllenhaal and Michael Pena co-star as LAPD partners who stumble into a massive drug dealing operation and attempt to take it down themselves, despite warnings to back off from the feds and them going into dangerous situations with no backup.  The one thing that is going to make or break the movie is that it was filmed entirely with handheld, HD cameras to give it more realism and “you are there”ness but it could also cause a ton of people to get motion sick and also possibly make it impossible to see what is going on with the action. It still looks pretty intense and cool and it’s out September 21 and you can check out the red band trailer below.