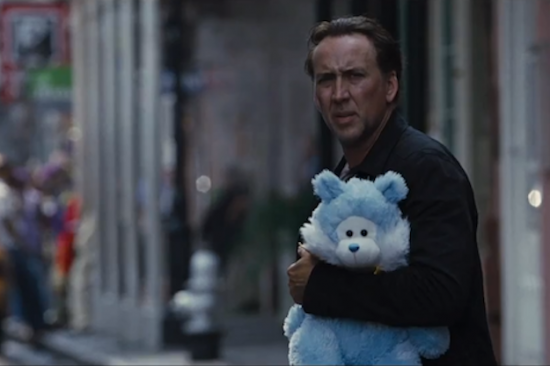 A man’s daughter is kidnapped and her father must use his particular set of skills to get her back.  That obviously describes Taken but Nicolas Cage hopes that will described his latest action movie, Stolen, and hopefully be even half as successful as that movie.  Cage plays a  former thief whose old partner kidnaps his daughter and holds her hostage in a taxi and forces Cage to steal $10 million in 12 hours, or she dies.  Josh Lucas, in a bizarre turn from his usual straight laced, boring characters, plays the blonde, dreadlocked villain and Malin Akerman co-stars as a bartender who helps out Cage.  It looks like typical a typical Nicolas Cage movie but it’s weird that it’s getting a full theatrical release when it feels more like one of his direct to video efforts, like Seeking Justice or Trespass. It is directed by Simon West, who just blew it out of the park with The Expendables 2 so maybe this one will possibly turn out to be dumb fun.  Check out the trailer below and the movie is out in September.