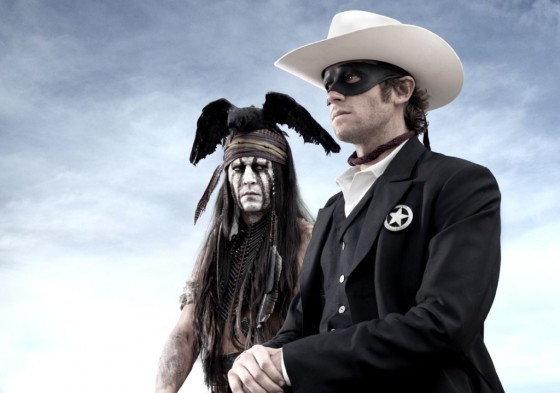 Hopefully paying off better for Disney than John Carter this year is The Lone Ranger, their big action blockbuster for next Summer.  Armie Hammer stars as John Reid, The Lone Ranger and Johnny Depp stars as Tonto and the movie is directed by Pirates of the Caribbean/Rango director, Gore Verbinski.  It seems like a battle over the railroad is going to be the main focus of the movie but there’s not too much that would make you want to watch this over say, a Hell on Wheels, for example.  There does seem to be glimpses of what is surely going to be the big final shoot out on the train and Gore Verbinski is known for, if nothing else, crazy action sequences, so hopefully the first full trailer will show off some of those.  You can check out the trailer below.