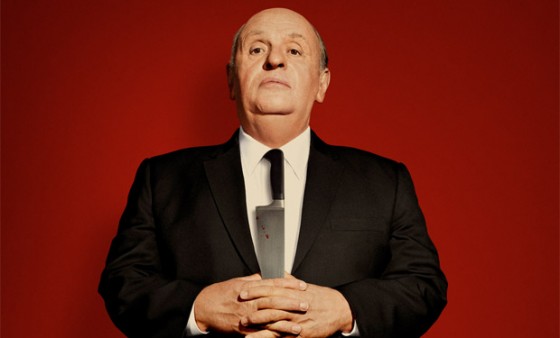 Anthony Hopkins takes on the role of the legendary director, Alfred Hitchcock for the upcoming biopic, which follows Hitchcock’s struggles, both personal and business, to get arguably his best movie, Psycho, made.  The studios were worried about how extremely violent (for the times) it was going to be and Hitchcock had to put up much of his own money to get the film produced.  Everyone was convinced it was going to be a flop but obviously now it’s  considered one of the greatest movies of all time.  Helen Mirren and Scarlett Johansson co-star and the movie is out in November.  You can check out the trailer below.