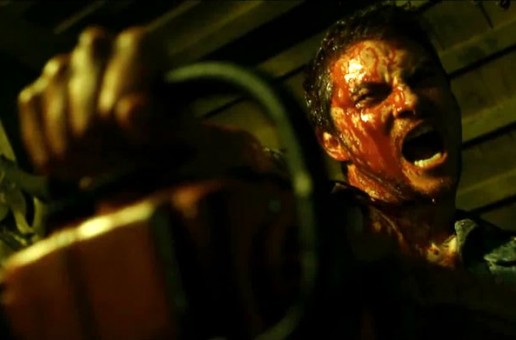 Responsible for launching the careers of Sam Raimi and Bruce Campbell, Evil Dead, and to a much larger extent Evil Dead 2 and Army of Darkness, are some of the most beloved cult horror movies of all time, so there was much trepidation when a remake was announced.  The movie is being directed by rookie director Fede Alvarez and Sam Raimi actually helped to write the script and is producing the movie.  In one of the most classic horror movie setups, a group of friends head to a secluded cabin for a weekend and horrible things start to happen, in Evil Dead because the group unwittingly unleashes the power of the Necromonicon or the Book of the Dead.  Evil Dead has become beloved mostly for it’s mix of horror and comedy but this remake seems to be removing any traces of humor and is instead going for gore and shock value.  The classic scenes look to be still intact, like the evil rape tree and someone having to cut off their own hand but without the charm and Bruce Campbellness of the originals, it seems like a completely unnecessary remake.  Check out the red band trailer below and decide for yourself and the movie is out next April.