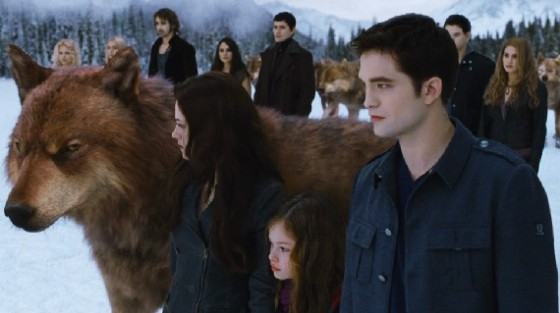 Breaking Dawn Part 2 stayed on top for the best Thanksgiving weekend at the box office ever.  The top 12 made a combined $206.7 million and the previous record was 2009 with $175.2 million.  Breaking Dawn added another $43 million to it’s total, bringing it up to just under $227 million.  Skyfall held solid in second place with another $36 million and $221.7 million in total and it’s officially the highest grossing Bond movie.  Lincoln got a boost from the holiday, going up from the previous weekend with $25 million and stayed in third place.  Rise of the Guardians came in fourth with a mediocre $24 million for the weekend and $32.6 million for the five days out, making it one of the worst Dreamworks openings of all time.  Life of Pi rounded out the top 5 with $22 million.  The much delayed Red Dawn remake came in seventh place with $14.6 million for the weekend and $22 million for the five days, which is decent for an arguably second or third tier action movie.  The only other mover was Silver Linings Playbook, starring Bradley Cooper and Jennifer Lawrence, which moved from 17th to ninth over the weekend with $4.6 million in 367 theaters.