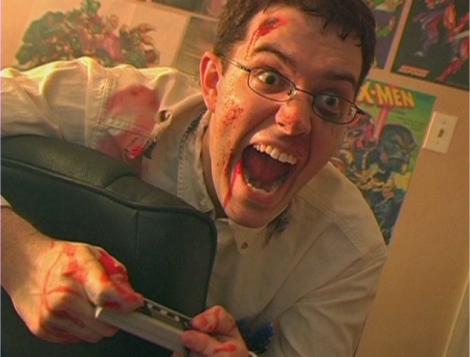 Taking on the worst video games ever over the last few years, James Rolfe aka The Angry Video Game Nerd, is setting out on his biggest adventure ever in the Angry Video Game Nerd: The Movie. Of all the games the Nerd has reviewed over the years, one glaring omission is arguably the worst game ever made, ET for the Atari.  The Nerd and his friends set out to investigate urban legend that Atari buried all the unsold cartridges of ET in the New Mexico desert but they come to the attention of a crazy Army general at Area 51 and hijinks ensue.  Over the years, the Nerd videos have gotten more and more elaborate and this seems like the logical extension of them.  Rolfe raised the money to make the movie via his fans and is currently editing it, it should hopefully be released next year and you can check out the trailer below.