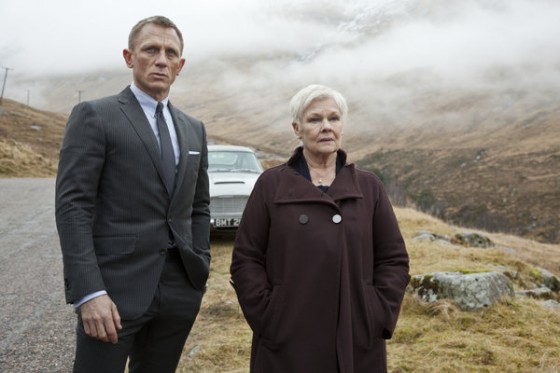 In easily one of the slowest weekends of the year, Skyfall retook the top spot in it’s fifth week out.  The latest Bond took in another $10.8 million and is just $100 shy of breaking the billion dollar mark worldwide.  It’s made $261.4 million domestically alone.  Second place went to the supposed disaster, Rise of the Guardians, which is benefiting with it being the only Christmas related family movie out currently.  It made $10.4 million but it’s a long way off from it’s $145 million budget.  Breaking Dawn Part 2 fell to third place after dominating the box office for the last few weeks.  It made another $9.2 million and is now the highest grossing movie in the franchise.  Lincoln and Life of Pi rounded out the top 5.  Not surprisingly, the little advertised, super generic looking Playing for Keeps bombed with a sixth place opening and only $5.75 million.  It’s the second bomb in a row for Gerard Butler following Chasing Mavericks.  Down at the bottom the top 10, Killing them Softly only made another $2.8 million and it currently has an F from Cinemascore, so it’s days in theaters are numbered.  The Hobbit is set to dominate the box office this weekend and the next couple of weeks are going to be crazy as all the holiday releases make their way out.