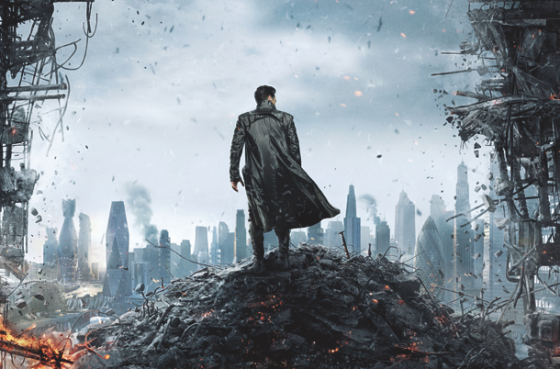 The full trailer for the much anticipated sequel to JJ Abrams’ fantastic Star Trek is finally here and it looks like it’s amping everything up from the original.  This time around, a mysterious villain, played by Benedict Cumberbatch, arrives and leaves a massive wake of destruction, including what looks like causing the Enterprise to crash into the San Fransisco bay.  There’s still debate about who Cumberbatch is playing, whether a reimagining of Khan, original TOS villain Gary Mitchell or some other new character but whoever he’s playing, he looks like he will be amazing as usual and the movie overall looks great.  Check out the trailer below and the movie is out May 17th, 2013.