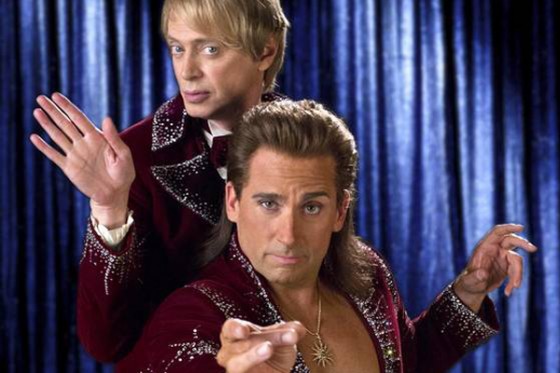 Magic is always fertile ground for comedy and Steve Carell, Steve Buscemi and Jim Carrey are entering the world of magic next year in The Incredible Burt Wonderstone.  Carrell and Buscemi play a Siegfried and Roy style Vegas act who are quickly losing ticket sales to the more edgy and stunt based magic of Carrey, clearly channeling his inner David Blaine.  Carrell stumbles across his magical mentor (Alan Arkin) while entertaining at a senior center and tries to get some guidance to freshen up his act and regain the top magic spot in Vegas.  It looks pretty fun with everyone involved being over the top serious about magic, the only thing missing is The Final Countdown playing.  The movie is out in March of next year and you can check out the trailer below.