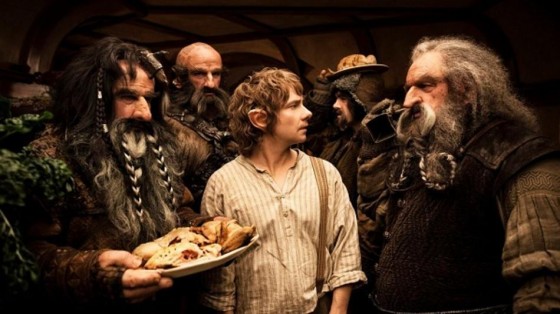 The Hobbit managed to maintain it’s spot at the top of the box office over the Christmas holiday with another $32.9 million, bringing it’s total to over $222 million.  Django Unchained took the second slot with $30.7 million and $64 million since it came out on Christmas.  Les Miserables ended up in third with $28 million and $67 million in total.  It was stronger than Django on Christmas but over the weekend, the latest from Tarantino moved past it.  Django should end up even or surpassing Inglorious Basterds to become Tarantino’s highest grossing movie.  Fourth place went to the last Christmas release, Parental Guidance, $14.8 million for the weekend and $29.6 million total.  Jack Reacher dropped down to fifth place with another $14 million.  Surprisingly, Rise of the Guardians, with it’s built in Christmas tie in, fell from fourth place to tenth place.  Besides Lincoln and The Hobbit, everything else has been open for less than two weeks as well.  There shouldn’t be too much changing for the next couple of weeks unless something like The Last Stand becomes a Takenesque hit.